Located in Nuwara Eliya, Central Province, it is a very attractive tourist destination. Horton Plains, a 3100-hectare, wet zone evergreen evergreen forest, is located at a height of 2,100-2,300 meters above sea level. This aquatic environment provides aquatic ecosystems. Horton Plains, a water catchment area of ​​Mahaweli, Kelani and Walawe, provide Belihul Oya, Kiriketi Oya, Uma River as well as water supply to Bogawantalawa. Some of the most beautiful places are Horton Plains. Minor, Minor, Bakers Falls are in the forefront. Horton Plains can be found as indigenous and plant species.

This small jungle is located in 257 acres to the Sri Dalada Maligawa in Kandy. The main catchment area for supplying water to Kandy Tank. Specially endemic plant and animal species of Sri Lanka, as well as endemic species and plant species. The sun’s surface and the canopy of the root and the double canopy are densely populated, with the presence of sunburn on the surface of the forest.

This is a beautiful mountain range in Kandy district. It extends from the tributaries of the Mahaweli River to a distance of 1240 meters from sea level. This is a water catchment area in the Mahaweli River. The river runs through the ravine and drains a stream of garadi, Maha Oya, Gola oya, Dodam river and Kuda oya. The Hanthana Mountain range belongs to the central wet zone between the central hills and an annual rainfall of 2000 mm throughout the year. Hydrated Lagoon is fed by the North East Monsoon. Therefore temperatures between 23 and 25 degrees Celsius. 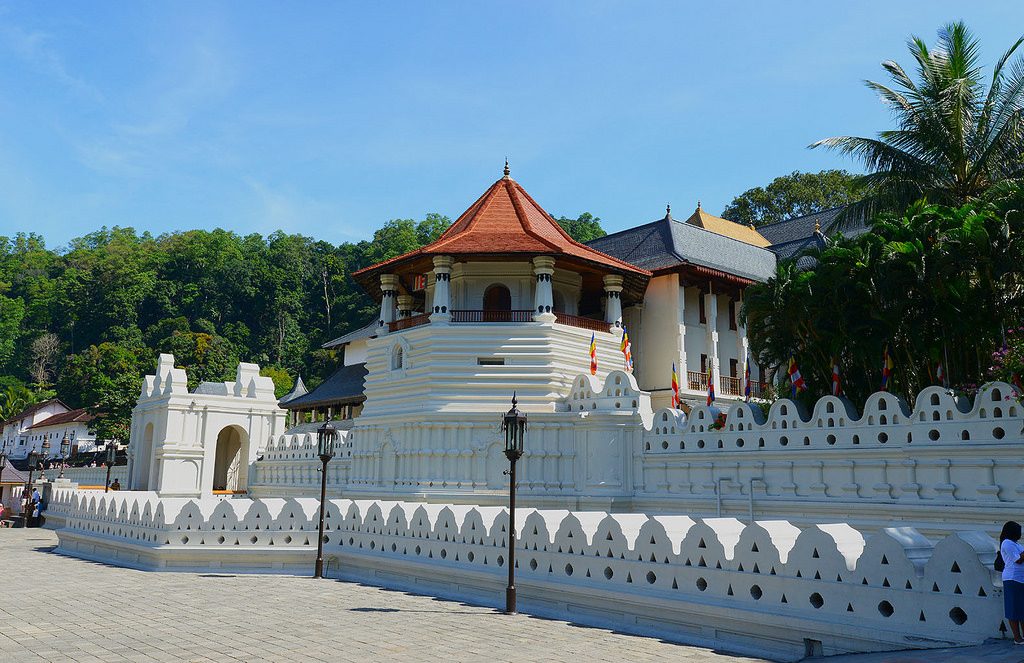 The Sri Dalada Maligawa, where the Buddha presided over the tooth relic, is regarded as the most sacred Buddhist. Akaarakara I, who built the first Wimaladharma first king, built the palace built by King Sri Weerakrama Narendrasinghe. A large number of local and foreign devotees come to this place daily to worship the Tooth Relic.

Sigiriya, a proud history of Sigiriya, is a landmark in architectural and architectural specialty in Sigiriya. It was built by the first King Kasyapa. Belongs to the 5th century.

The historic Dambulla Raja Maha Viharaya situated in Matale District The cave complex is similar to the 7th century. Attractive paintings and statues have been created and can be seen so far to the present.

It is a stone cave situated in the village of Ampitiya, Kandy. This is an era of Kandyan painting. King Kirthi Sri Rajasingha commenced the construction work which was completed by king Rajadhi Rajasinghe II. In 1786. According to the Vihara, the king had handed over the work to Morthota Dhammabadu Thera.

Another special Buddhist temple located in the Kandy District. This temple is considered to be the fully-abled stone temple of Sri Lanka. It is said that during the reign of King Buwanekabahu IV during the South Indian period the temple was built according to a plan of the clergy. Its basic construction and architectural features are similar to those of the South Banda Vinayagaran tradition. This Vihara building has been built on a naturally occurring rock. The temple consists of a forest, access pens, a stupa, a Bodhi tree, a monastery and two devalas. In addition, there are two temples.

It was built during the 14th century by the king Vikramabahu III during the Gampala kingdom. Most famous for the wood carvings. It is widely believed that the temple of Wickramabahu, the main queen of the temple, Henako de Biso Bandara, is supremacy. Embecya Pannanava includes details of the construction of the temple in the poem.

What are the reasons for visiting Sri Lanka?

16 thoughts on “Tourist places around the Central Province, Sri Lanka”